How the game is played 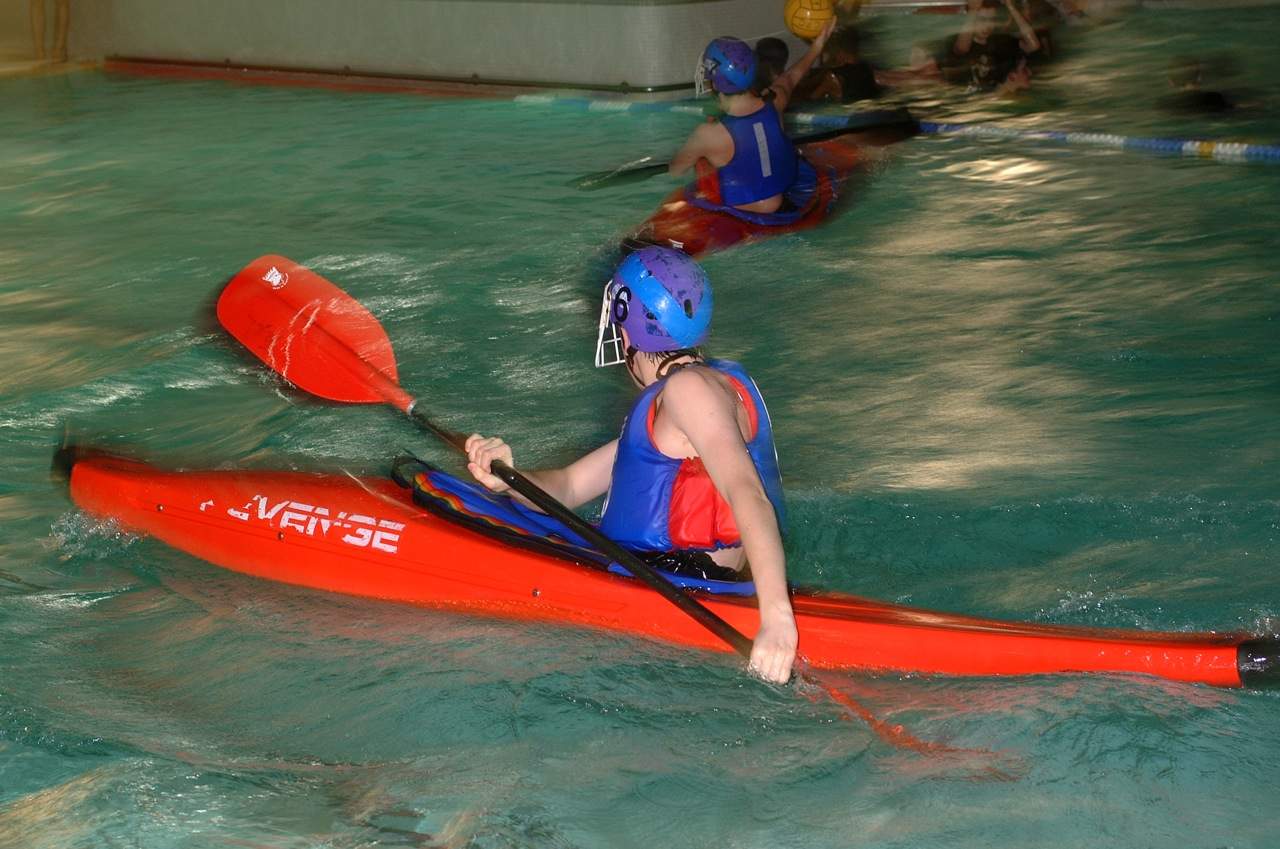 (These rules are for players though you can find a comprehensive set of referee rules to download in the ‘Useful Docs’ page).

Score as many goals as possible.

All players line up with the back of their boats touching the edge of the pool.

The referee blows his whistle to start play and then releases or throws the ball into the centre of the playing area.

Only 1 team member can go for the ball – all other players must be 3m away.

If you are holding the ball or the ball is on your paddle or on the water within arm’s reach, you are deemed to be “in possession” and must get rid of it within 5 seconds.

You must not paddle along with the ball on your boat.

You may roll holding the ball, but you are still deemed to be in possession.

If you roll not holding the ball, the 5 seconds start again when you pick it up.

You may dribble it by throwing it 1m horizontally (not vertically) from your boat, paddling to it, picking it up, then throwing it again.  Each time it moves 1m away from you, the 5 seconds start again.

After a break in play, you must bring the ball back into play by “presenting” it to the referee – hold it vertically upwards at arm’s length – you then have 5 seconds to throw it at least 1m away horizontally.

Most of the rules are to ensure safety and sportsmanlike behaviour.

DON’T put your paddle across another boat

DON’T hang on to opponent’s buoyancy aids or boats

In Development League, don’t capsize your opponents – though you may do so in Premier League.

In Development League, rescuers may jump in to right a capsized player, but not in Premier League.